Things to do Near Jellico, Tennessee

Indian Mountain State Park is a 200-acre park located in Campbell County near Tennessee’s northern border. It serves as a living demonstration of how good environmental practices can reclaim wasteland and convert it to beneficial use. Visitors to the park are likely to see geese, ducks, beaver, blue heron and an occasional deer.

The park has a history and origin different from that of any other Tennessee State Park. The city of Jellico originally acquired the park in the late 1960s through a federal open space grant under provisions of the 1961 Federal Housing Act. Utilizing grants from the state of Tennessee, the Appalachian Regional Commission, and the Tennessee Wildlife Resources Agency, the park was developed as a reclamation project in which abandoned strip mining pits were converted to recreational use. As a reclaimed surface mine Indian Mountain exhibits a beneficial use that can be made of land after such intensive alterations as those inherent in surface mining. The park is the first in the state, and likely the first in the Southeastern United States to demonstrate the feasibility of using abandoned mining sites as parkland.

Indian Mountain State Park is a popular camping park. There are 49 sites with paved pads to serve both tent and RV campers. All sites feature many campsite amenities such as, water and electricity.

Several ponds provide fishing opportunities for park visitors. The ponds are stocked with a number of fish species including bluegill, large-mouth bass, crappie and catfish. 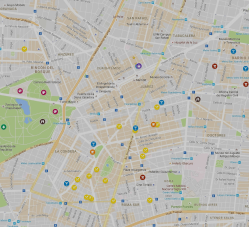